WTFuture is an animation by Edd Gould. It was uploaded to Newgrounds, DeviantArt and YouTube on February 13, 2010.

The episode begins with Edd, Tom and Matt walking through the rain, with Edd hurling insults at Tom along the way. A flash of light happens as they walk away and it is revealed to be a futuristic Edd, who realizes that Tom's comment about Edd's sense of humor never ceasing to amaze him was indeed an insult.

Edd notices his future self and points out to the others that he sees a sinister guy, only for the others to look at a Freddy Krueger-esque man in a different alley, but then points at the one he was really talking about. After finding the older Edd looking at them, he tells his past self that Coke is outlawed in his future and that he needs to kill his past self to prevent himself from living in "such a horrible future"; he pulls out a Colt Defender pistol, which transforms into a laser pistol.

After a long chase, the group grabs their prized possessions while Edd's future self tries to enter the door via voice commands and says the "BROCCOLI!" line ironically; Tom grabs Susan, his bass; Edd, his lucky Cola can; and Matt, one of his portraits. They initiate Operation: MegaEscape4, in which they drive out of go-karts while wearing 3D glasses. The group goes to a diner and get their meal, while discussing how their lives would be like without Edd.

Edd's future self finds them because of the lucky Cola can he found on the way as seen in a flashback. As he prepares to kill his past self, the latter points out that he would cause a time paradox (grandfather paradox) in the process. Edd's future self shrugs this off as a movie trope, as Bing's computer crashes, causing him to run out of the room screaming. Edd knocks his future self back with a Cola keg and the group drives away.

Edd's future self decides he needs reinforcements. He teleports to the time Matt's arm was bitten off in the first Zombeh Attack. Meanwhile, future versions of Tom and Matt step in the past, seeking to stop Edd's future counterpart. Tom's future self says "It's a good thing Red Leader had a second time travel device handy". Edd from the future returns to the present Edd's time and brings his "Army of Me's": Eddins from the Victorian times, Sir Edd from the Middle Ages, Eddius from The Pax Romana, and Edg from Prehistoric Times. He orders his ancestors to attack, but they run away; Eddins gets scared by the neon lights, Sir Edd by a motorcycle billboard, Eddius by a skyscraper, and Edg by a car tire.

Matt's and Tom's future selves intervene and thwart Edd's future self's attempts to kill his past self. At the cost of Susan, Matt's future self, and the Toms, Matt gets the time machine and decides to create a future where he's king of the world.

References to past episodes and other media

A hidden scene can be found in the .swf file. The scene shows Edd's future self talking about 'naked Austrian guys' while walking up an alley. At the end of the scene, he spots Edd, Matt and Tom on the other side of a road.

Future Edd: I have NO idea what those naked Austrian guys were talking about. (Austrian accent) Your clothes cannot travel with you because they are not made of biological matter. (regular voice) Whatever that was about. (finds Edd, Matt and Tom) Aha! There they are! 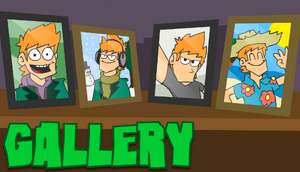 Click here to view the image gallery for WTFuture. 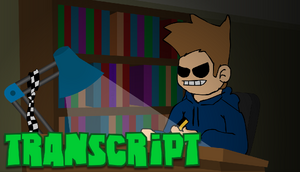