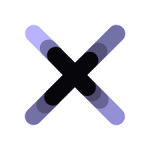 Before editing or asking questions, check the Rules page.

How I discovered Eddsworld

I believe the first time I heard anything about Eddsworld was a vague memory(?) of middle school - a guy was watching some of Edd's videos on Newgrounds and another kid made some remark about how those videos weren't good, so the kid who was watching the videos said something else in response. I wasn't too interested in Eddsworld at that age - I was into more dark humor and crude types animations.

The first time I KNOW was my first exposure to Eddsworld was finding a video called "Just a Bit SANIC", which I think I first watched around the time it was uploaded (2015). I found the original video in the description, but my curiosity stopped there.

I rediscovered that same video a year later, found out more about Edd Gould and the stuff he made, and took a liking to it.

I asked an instructor at a program-thing I singed up for (she was a 90s kid) if she had heard of Edd Gould/Eddsworld, and she said it sounded kind of familiar.

Retrieved from "https://eddsworld.fandom.com/wiki/User:PacintoshX?oldid=56511"
Community content is available under CC-BY-SA unless otherwise noted.