Super Average was a series in the works by Edd Gould and Thomas Ridgewell.[1] Super Average has been put on hold due to Edd's passing.

Thomas Ridgewell stated that he and Edd had planned for the Red Leader to appear in Super Average. Though his identity wouldn't be directly mentioned, it "wouldn’t have taken a rocket scientist to figure out".[2][3] Their end goal was to fuse Super Average with Eddsworld and having the big, bad villain be a fellow named Red Leader. With Edd's passing, development on Super Average was put on pause while Thomas worked on Eddsworld: Legacy.[4] 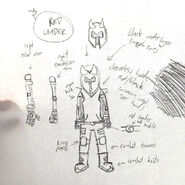 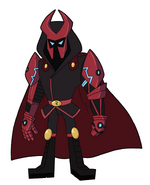 Retrieved from "https://eddsworld.fandom.com/wiki/Super_Average?oldid=64449"
Community content is available under CC-BY-SA unless otherwise noted.