Edd trying to control the ship

Brief cameo appearance during the intro

The bear traps are still on the roof...

The room of desire 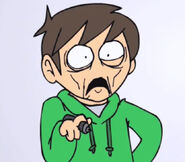 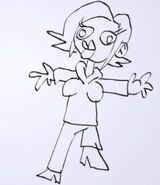 An image tweeted by Thomas Ridgewell.

Edd and Tom are disappointed again in Matt

Matt made his face out of the lawn

"You know, he really captured his grassiness."

Tom trying to explain to Matt what he meant

Inside the Garbage Disposal bay

"And that includes you."

"We'll fly the ship back home ourselves if we ca-"

Tom getting shot with a lazer

Tom turns back into his original 2004 design while being electrified

Tom Gets words on his hair

Matt and Tom trying to fix the ship

Edd and Matt are not amused at the decision 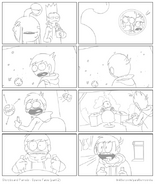 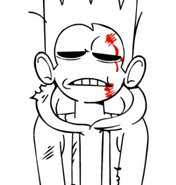 Add a photo to this gallery
Retrieved from "https://eddsworld.fandom.com/wiki/Space_Face/Gallery?oldid=60604"
Community content is available under CC-BY-SA unless otherwise noted.