This is a gallery for PowerEdd. 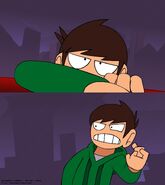 "What is your problem?"

"YOU'VE GOT TO SAVE THE CHILDREN!" 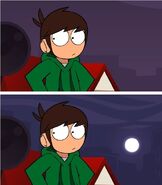 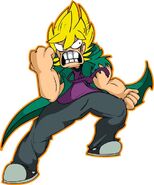 Matt, in a form that resembles Super Saiyan Goku from Dragon Ball. Ultimately unused in the final video.

Mark and another person's arm.

A gif. posted on Tumblr by Anthony. 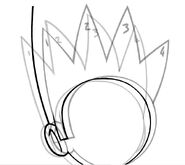 Kr3id doing some inbetweens for Tom.

A picture Kreid drew based on Super Smash Bros. Wii U and 3DS. The image of Edd was used in the final version.

Eduardo in the PowerEdd preview.

SuperEdd, as drawn in Edd Again,

Edd's Kindergarten class in PowerEdd!, which included Tom, Matt, Tord, Paul, Laurel, Hellucard, Diwi, Eduardo (off screen), Jon, & Mark. Ben and Lucy from CRASH ZOOM can be seen in the back.

Eduardo in Edd's Kindergarten class, as seen in PowerEdd.

Edd in Costume
Add a photo to this gallery
Retrieved from "https://eddsworld.fandom.com/wiki/PowerEdd/Gallery?oldid=60622"
Community content is available under CC-BY-SA unless otherwise noted.