This is a transcript for Mirror Mirror.

"Ha! Well, Edd, you've had that sword for a whole ten minutes and you've already destroyed the door. Good job!"

"We should go to the magic store more often. I got a mirror!"

The first page of the episode's script as seen in Tomska's update video: Homeless and Helpless. Obscured for spoilers but still readable.

An image from the Eddsworld Twitter. "People keep asking if this is Walter White? Don’t be ridiculous. It’s our own original character Barry Black."

Tamara on the side of the couch

The gang eating a box of donuts

The gang terrified & Matt pushes and breaks the mirror

Matilda looking through the magic mirror 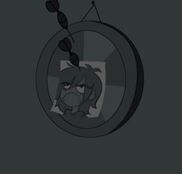 A Female resembling Tord with Matilda

Guys! I have an idea!

Add a photo to this gallery
Retrieved from "https://eddsworld.fandom.com/wiki/Mirror_Mirror/Gallery?oldid=61033"
Community content is available under CC-BY-SA unless otherwise noted.