Jon was one of Edd's neighbours. He lived with Eduardo and Mark.

Jon had a round head and wears blue. He had small eyes, smooth hair, and a jacket. Infact he did have eyes, as you can see when he says "yeah REAL better things"

Jon was insecure and sensitive, he did his best to impress his roomates (Eduardo and Mark) and would take his time to make fun of Edd, Tom, and Matt with them. Though he would may be less rude than Eduardo or Mark, he still had tendencies to make fun of his neighbours.

Juan is Jon's ancestor and one of the bandits who teams up with Eduardo and Marco in Saloonatics. He wants to be a prince because Prince Matthew says "ladies love a prince". 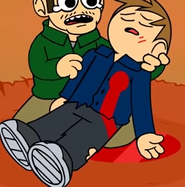 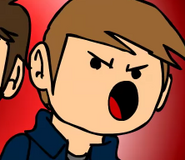 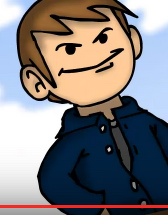 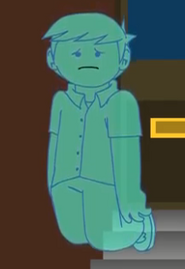 Eduardo being mad at Jon.

Jon in Spaceface along with Mark and Eduardo 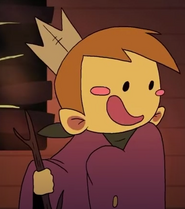 omg hes so frickin adorable
Add a photo to this gallery
Retrieved from "https://eddsworld.fandom.com/wiki/Jon?oldid=64164"
Community content is available under CC-BY-SA unless otherwise noted.