This is a gallery of Fun Dead.

A snapshot of the preview shown in "ULTRA UPDATE!"[1] 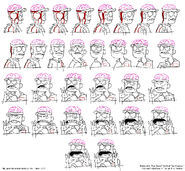 Animation frames of a Ticket Box zombeh with his brain exposed.

A news reporter being attacked by a zombeh

Tom thinking of his father's death

Matt gave a gun to a bear.

The guys arriving at asdfland.

Coke from Bumming Crew fends of the zombeh (early version)

Edd waiting in a line at asdfland.

He's not tall enough for the ride.

Mark in a crowd of zombies.

Edd & Matt scared of a zombeh

Edd, Tom and Matt in front of a horde of zombehs. Jasper from Jasper and Ted is one of the zombehs is in the crowd.

The gang is cornered.

Edd has an idea. 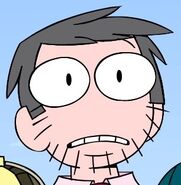 A snapshot of the preview shown in "ULTRA UPDATE!"[1] 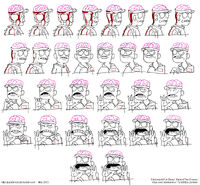 Animation frames of a Ticket Box zombeh with his brain exposed.

The gang at asdfland (in development).

A gif. Paul put on Tumblr. 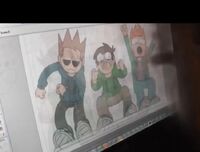 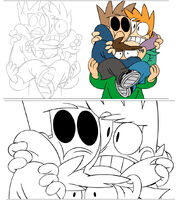 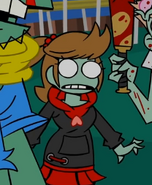 Timbo Jones from Bumming Crew, as portrayed as a zombie in Fun Dead

PolisBil as a zombie. PolisBil is a huge Eddsworld fan from deviantart who draws many Eddsworld images, mostly of Eduardo, Mark, & Jon.

Billy Crinion as a zombeh.

Mark, as seen in Fun Dead

Sandra Rivas as a zombeh.

Hellucard is depicted as a zombie.

Original Asdfland from Asdfmovie.
Add a photo to this gallery

Retrieved from "https://eddsworld.fandom.com/wiki/Fun_Dead/Gallery?oldid=64377"
Community content is available under CC-BY-SA unless otherwise noted.