Cooking is an animated video created by Bocodamondo. It stars Bocodamondo as himself, Edd Gould as Joe, Josh Tomar as a manager and Egoraptor as Phillip.

The video starts off with the main character Bocodamondo laying on the couch looking at advertisements of the new Coca-Cola being shown on TV,after that the advertisement for Skittles with Bacon appears making Boco think on how he can make money,coming to an conclusion to make his own type of candy and making money during the process.

Cut to Bocodamondo in the kitchen of his house making his own food with Snickers,Tonic,Chocolate,Suga Food,Suger,Cola,and Snickers with Bacon.Boco then wonders what else to add,but has an unfortunate run in with a Rat resulting his hat crashing into the box of stinky socks 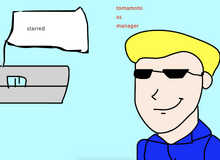 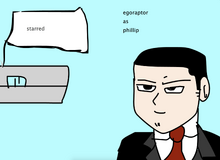 Egoraptor's credit
Add a photo to this gallery

Retrieved from "https://eddsworld.fandom.com/wiki/Cooking?oldid=63532"
Community content is available under CC-BY-SA unless otherwise noted.